A Lesson from Anderson Cooper: Yes, Your Eyes Can Get Sunburned!

A Lesson from Anderson Cooper: Yes, Your Eyes Can Get Sunburned!

Like Anderson Cooper, host of CNN’s Anderson Cooper 360, discovered in late 2012, Yes, Your Eyes Can Get Sunburned. Cooper actually suffered blindness from exposing his eyes to the sun’s harmful UV rays without wearing proper UV protection.

Cooper told CBS This Morning that he experienced 36 hours of blindness after a day of filming in Portugal for a piece for 60-Minutes. Because Cooper shot on water, the sun reflected off the water and burned his eyes, resulting in temporary blindness.

Cooper said the day was overcast, and he was only exposed for two hours. This fact shows the importance of Ultraviolet Awareness, which includes knowing the importance of wearing sunglasses even when the sun’s not shining.

After the ordeal, Cooper described what sunburned eyes feel like:

“I wake up in the middle of the night, and it feels like my eyes are on fire, my eyeballs, and I think, oh maybe I have sand in my eyes or something. I douse my eyes with water. Anyway, it turns out I have sunburned my eyeballs, and I go blind. I went blind for 36 hours.” 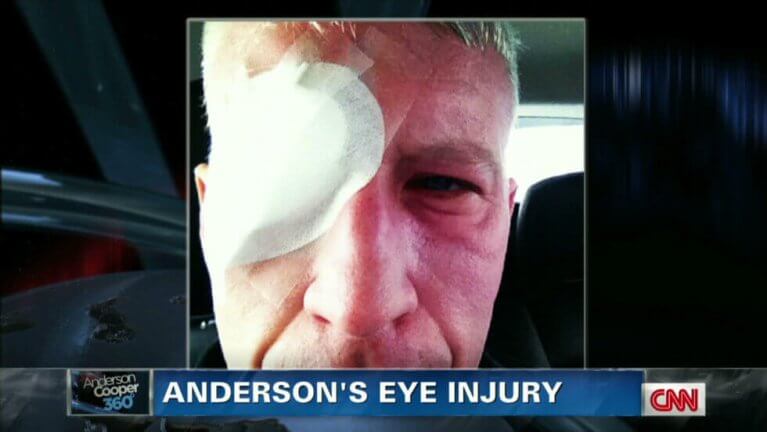 Solar Keratitis and retinal burns can also be caused by staring straight into the sun or looking at a solar eclipse. Surfers and skiers, really anyone spending extended periods on water or snow, are especially vulnerable to solar keratitis.

How Do You Know If Your Eyes Are Sunburned?

The symptoms of eye sunburn may not show up right away, as in Cooper’s case. They can include:

See your eye doctor immediately if you have any of these symptoms. Your ophthalmologist will likely treat eye sunburn with lubrication and an eye patch. And, as already noted, your eyes will simply need time to heal.

What Can We Learn From Anderson Cooper’s Blindness? 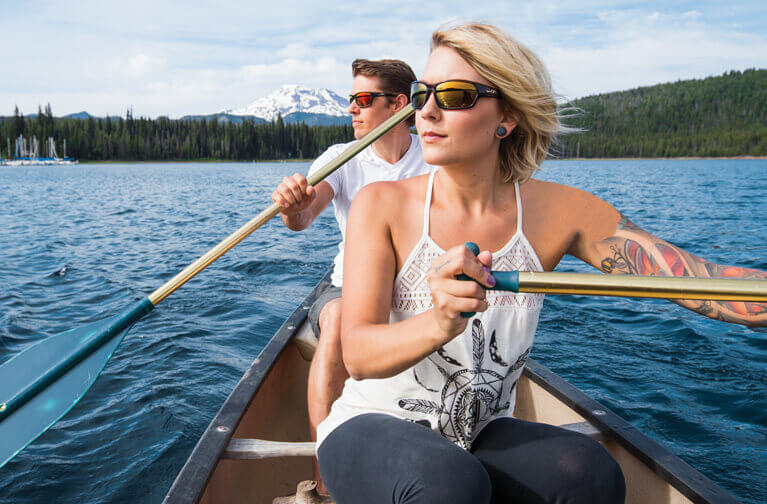 Safety Sunglasses from WileyX protect you from impacts and the sun’s harmful UV radiation.

Even with the information proving the necessity of protecting eyes from the sun, a Vision Council survey discovered…

While 73% of adults wear sunglasses at least some of the time, only 58% make their kids wear them too.

They simply don’t remember to wear sunglasses. About 14% of people said they don’t wear them because they lose or break their sunglasses too often.

The Vision Council’s survey also said that about 20% of people don’t believe their eyes are at risk from sun exposure. Even if people believe the sun can damage their eyes, many fail to realize its cumulative effects on their eyes over a person’s lifetime.

Hopefully, Cooper’s experience helps people see that exposing eyes to UV rays, even on cloudy days, damages eyes cumulatively over a person’s lifetime and can severely impact a person’s ability to see anything.

Tell Us What You Think