Most men – as compared to Everyday Carry for Women – take a very simple approach to the items they carry every day. What most men take with them fits easily in their pockets, hooked to their belts, or stashed in their car.

Of nearly 50 men surveyed (via Everyday Carry, EDC Forums, or email survey), six items were overwhelmingly the most common that men claimed to always have on them. 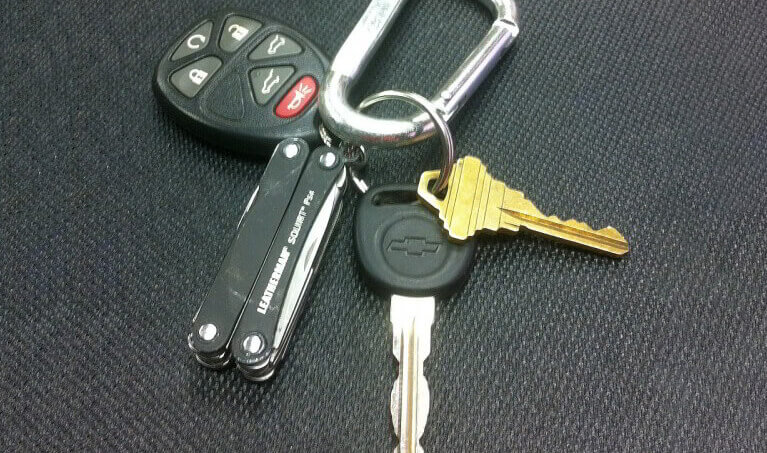 Other common items that many men carry with them include sunglasses, reading glasses, a pen or marker, a multi-tool, breath mints, and lip balm. Several men said they carry a picture of their wife and/or kids too, but most likely those who carry phones keep pictures there. Only some of the men who are married noted their wedding ring as an item they always have on them.

There are also some items that are less common but that quite a few men claim to always have with them. These items include a gun, tape measure, rescue whistle, and utility corkscrew. Each one probably holds a good story as to why it is carried every day too.

Some men also mentioned items they always kept in their cars. Those items include a gym bag (did not say what was in the bag), snacks for energy, a water bottle, and an umbrella. Everyday Carry for the Car touches more on this area.

Are you like the typical male with the everyday items you carry with you?