How To Tell If You Damaged Your Eyes Watching The Eclipse

How To Tell If You Damaged Your Eyes Watching The Eclipse

It’s ironic how the day after the Great American Solar Eclipse one of the most popular search phrases on Google is “my eyes hurt.” Hopefully, these poor souls used proper solar eye protection to view yesterday’s solar eclipse. Otherwise, they may have done some serious damage to their eyes. 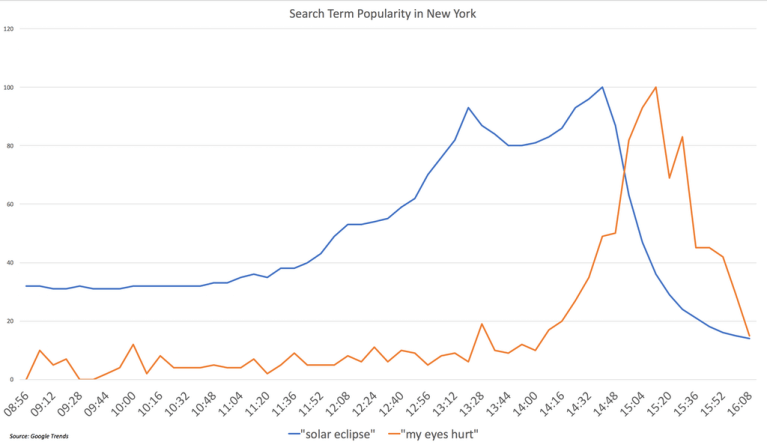 Did You Look At The Sun Without Certified Solar Eyewear?

If you watched the recent solar eclipse and weren’t wearing certified protective glasses, you might be wondering if your vision is okay.

Looking at the sun without adequate protection allows sunlight, including ultraviolet and near-infrared radiation, to penetrate the retina. That can burn parts of the eye and create a toxic reaction that causes damage. This retinal damage can lead to a condition eye doctors refer to as photic or solar retinopathy.

If you watched the eclipse in an unsafe way, damage usually isn’t immediately apparent. You can’t feel burns on your retina. Some people might start to notice changes in their vision within a few hours, though it’s most likely that vision changes would become apparent by the next day, according to the American Academy of Ophthalmology (AAO).

What Are The Symptoms?

Symptoms of solar retinopathy include poor vision and changes to vision. You may also experience blurry or discolored spots, pain, and a loss of vision in the center of the eye. Many solar retinopathy patients report being unable to read because of the changes, which can be temporary or permanent. 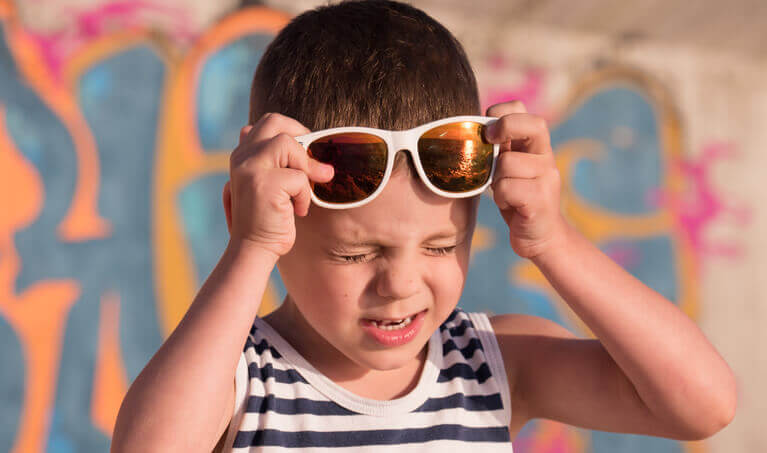 Symptoms of solar retinopathy can occur within hours of looking at the sun. According to a paper published in 2001 by The Royal College of Ophthalmologists in the United Kingdom, symptoms typically show up about 12 hours after the viewing event.

These symptoms can include the following:

I Didn’t Use Protective Eyewear, And I’m Experiencing These Symptoms, What Should I do?

People who experience discomfort or vision problems after an eclipse should visit an eye doctor for an eye exam, according to the American Optometric Association. Don’t mess around with home remedies. Wearing dark sunglasses and sitting in a dark room won’t help. Have a friend or family member take you to an eye doctor right away. 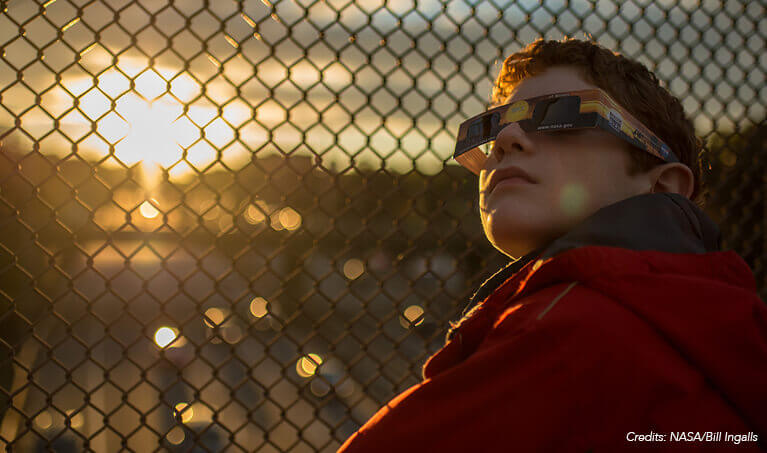 I Used Certified Eyewear, But My Eyes Still Feel Weird, What’s Going On?

According to Ralph Chou, a professor emeritus of optometry and vision science at the University of Waterloo, in Ontario, Canada.

The thing is, if you look for a sustained period through the filter, you’re stimulating only one set of color-sensitive receptors at the back of the eye. So they’ll get more work than, say, the receptors that are responsible for green and blue light. And the result will be that for a brief time, you’ll suffer the same kind of after-image effects that you get from looking at a very bright headlight or flash from a camera.

You’ll recall how you’ll have spots in your vision that are sort of the opposite effect of what you normally see. That kind of thing will happen if you look at the sun for an extended period of time. It’ll feel a bit weird as your eyes recover from that. It doesn’t mean you’ve hurt yourself. It’s just that you’ve overloaded some of the photo receptors, and it takes a while to get back to full function. In most cases, it’s going to be just a few minutes. There’s no lasting damage from that. You would have to be staring at an extremely bright image for minutes at a time before you started to get any clinically significant damage.

What Do You Think?