Eye Safety When Using or Near Lasers

Eye Safety When Using or Near Lasers

The unprotected eye is extremely sensitive to lasers. In fact, radiation from direct or reflected laser beams can permanently damage eyes. Because a laser’s beam is concentrated and narrow, the damage happens quickly too. In fact, permanent damage can occur in a fraction of a second, literally faster than the blink of an eye.

Moderate and high-power lasers are hazards to eyes because they can burn the retina. Some lasers are powerful enough that even diffuse reflection off surfaces can damage eyes. Infrared lasers are particularly hazardous because the body’s protection glare aversion response (i.e., blink reflex) is triggered only by visible light.

Laser Safety Glasses are necessary to protect eyes from laser light used in medical, military, research, education, and many industrial applications. Since lasers operate at a variety of wavelengths and powers, each requires a specific lens/filter to sufficiently protect eyes.

Take the time to review the Laser Hazards information provided by OSHA, which includes information on ANSI and other standards regarding lasers. Once you know the type of lens/filter you need, proceed to Choosing the Best Laser Safety Eyewear.

Remember, lasers can still damage the eyes of those not working directly with them. Even reflected radiation quickly causes irreversible damage. For this reason, always wear laser safety glasses in any situation with any chance of exposure. 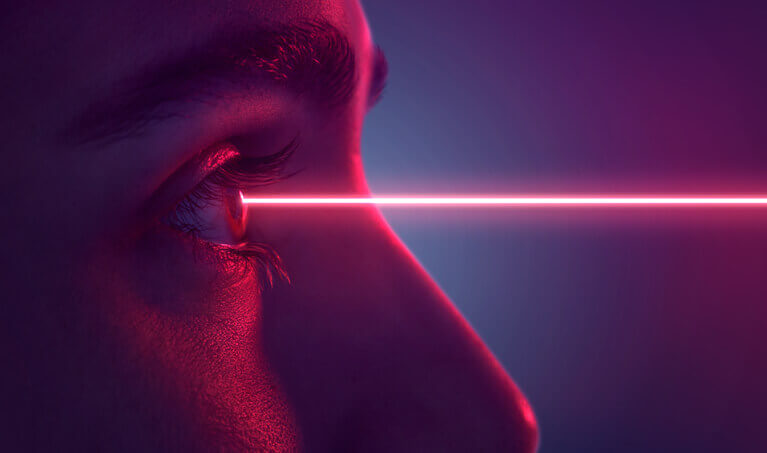 While injuries from lasers are rare, they are usually permanent. They also happen quickly because a laser’s pulse is so fast. The type of damage depends on a variety of factors, including:

Laser pointers, pens, and key rings of 5 milliwatts (mW) or less are not considered an eye safety issue. The potential for eye injury comes as a laser’s power increases to where even an accidental hit at close range can cause retinal damage. Lasers that emit more than 5mW output power can cause irreversible eye injury.

Unfortunately, not all lasers are properly labeled.

“About 60 percent of the sampled laser pointer products that the FDA tests are overpowered compared with what the label says. Those pointers may be powered in the 10s or 100s of milliwatts.” (Is Your Laser Pointer Dangerous Enough to Cause Eye Injury)

“FAA researchers compiled a database of more than 400 reported incidents occurring between 1990 and 2004 in which pilots have been startled, distracted, temporarily blinded, or disoriented by laser exposure.” (Laser Safety, Wikipedia) 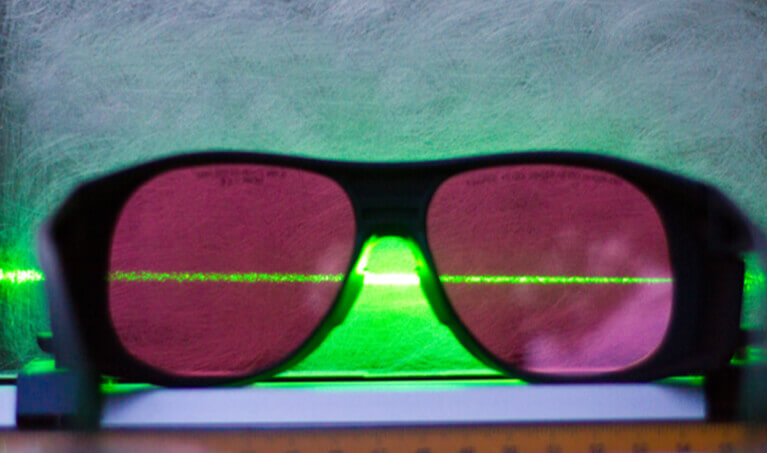 While exposure to hand-held laser light may seem trivial considering the short exposure time and the large distances involved, dangerous conditions caused by flash blindness can still occur. This is more of a significant issue if it occurs at a critical moment during aircraft operation. In fact, because of the safety issues posed:

“Shining a laser at an aircraft is a Federal crime that the U.S. vigorously pursues.” (FAA guidance for law enforcement)

For much the same reasons as with pilots, laser pointers pose a danger to law enforcement officers too. Flash blindness can distract at crucial moments and put not just officers in danger but also those they are trying to protect.

For those concerned with exposure to hand-held laser pointers, such as pilots and law enforcement officers, laser pointer safety eyewear protects against flash blindness. They also can provide general safety protection at the same time.

NoIR Laser Pointer Eye Protection is an example of this type of eyewear. It comes in three lens options:

Laser safety eyewear blocks lasers from getting to the eyes. They prevent direct, reflected, and scattered laser beans and radiation from damaging – or even destroying – the retina. You only have one set of eyes, and damage from lasers is usually permanent. So, take time to learn about the lasers you’re using or near and to find the best protection for your eyes.